The SUPER Mark of Moe

...is also known as "Touched by Anatasia" 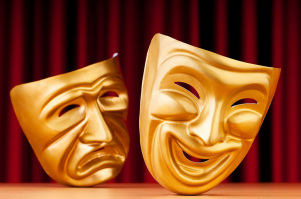 This is a fictional Tragicomedy @ in Three Acts, written "Wikipedia-Style" (with hyperlinks to many Popular You Tube videos by clicking on the "@" symbol).

This story is designed to be an Internet-Interactive Experience.

This BOLD ("PG-rated") comedy is in the same genre as the 2016 movie "Deadpool" @ or the 2015 classic film "Scouts Guide to the Zombie Apocalypse" @ - with a touch from the movies "Hellboy" @ and a snippet or two from "Young Frankenstein" @.

What is the SUPER Mark of Moe?

No, the SUPER Mark of Moe is NOT the Mark of the Crescent Moon that was stamped onto my Chin from the hoof of a startled horse on that fateful summer day in 1963.

Know, the SUPER Mark of Moe is the Mark of Morris, which is the practice of circumcising young, non-Jewish children, usually at birth, a practice that was widely adopted in America after my controversial "discovery" in the Emergency Room of Notre Dame Hospital.

Act I sets the stage for a 50-year old mystery hiding in plain sight.

Act II is the transition, a light-hearted whimsical expansion of the ending to Act I, mostly set in the present time.

Act III is a flashback to Russia 100 years ago, focusing on the interaction of the  Socialists, the Monk Rasputin and the flight of the Grand Duchess Anastasia Nikolaevna Romanov to New Paris, Indiana - a suburb of the famous Notre Dame University  of America.

Armed with this knowledge, I hope you enjoy this fictional three-act play. There's something for everyone - a Comedy, tonight! @

"Not everyone will survive Act I, "A Travel Through Hell", for the sudden onslaught of emotions, ranging from shock, horror, humor, awe, anger, fear, disgust...and in the end, LOVE... tends to be overwhelming for those that are ... unaccustomed ... to such a steady flow of strong emotions.

Therefore, if YOUR Travel through Hell becomes too arduous, then please, leave Hell and proceed to Act II, "We're Everywhere!" for a more enjoyable introduction to web-interactive storytelling.

You can return to finish reading Act I, "A Travel Through Hell" later, when you are more emotionally strong."